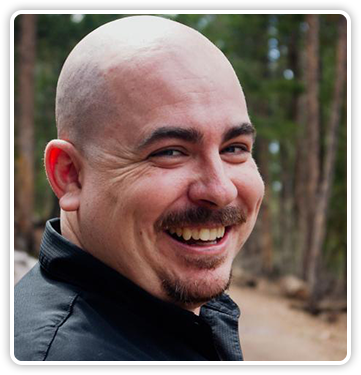 First off, I know my last name looks hard to pronounce. It’s Kraut (as in sauerkraut), kramer (as in the guy from Seinfeld). (Kraut-kramer).

I believe it is important to get to know a little about your therapist in order to decide if they’ll be a good fit for you, so here’s a bit about me.

I wasn’t always a therapist. In fact, I used to have a very negative view of therapists and wasn’t convinced talking to another person was something one should have to pay to do if they had supportive friends of family. I figured I could always find a way to just endure negativity, out think the problems that didn’t seem to just go away on their own, or if I just simply changed my mind or read a good book, I could handle things with some new magic insight that would solve a problem.

In my early 20s, I had found a love for flying and decided to become a professional pilot. It was a challenging career, looked fun, and would be a great accomplishment. So I worked hard to make it happen. I knew there would be downsides, and I had heard of how it could in fact be a very difficult lifestyle with a ton of mental stress. I had occasional bouts of depression and anxiety but felt I could manage that through using my willpower and try to keep a positive outlook. Do your job faithfully and keep improving – that was what I was taught was the key to success in anything.

After about 10 years and a lot of ups and downs (pun not intended), job changes and uncertainty about my future was creating a ton of stress. I had seen many colleagues of mine get fed up and leave the industry due to the difficult working conditions. I was determined to tough it out like a grown man should. Then in 2009, the economy was hit by the great recession and many people’s careers were destroyed. My job disappeared and the outlook was not good. 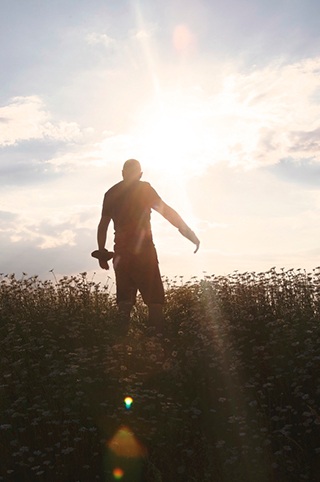 At that time the depression came back with a fury. It went beyond feeling just bummed out. I was completely numb for the most part, although I had no problem getting really pissed off at times. Trying to move forward seemed pointless, so why bother? I was not about to go on anti-depressants or see a therapist because that would have made it even more difficult to find employment in the aviation industry.

I was doing a lot of soul searching. I realized it was not enough to find something you were passionate about. Especially since passion was not something I was able to feel. I had to find out what I was good at.

I realized I had a knack for talking to people about things that weren’t going well for them. Many people asked me, “doesn’t this drain you?” On the contrary, I left more alive when I was doing that. Maybe that was something I could build on.

I decided to pursue a master’s degree in psychology. During that time, depression got out of hand enough I felt like it was time to see if therapy might be a good idea. A few close friends of mine had remarked that maybe I should be talking to someone.

I found a great therapist that had a very different way of working with people. She used EMDR, which I had read about and it piqued my curiosity and wanted to do it.

I learned very quickly that not all therapies, or therapists, are the same. Going to therapy didn’t seem as intimidating as I had thought. I had begun to do a whole new type of self-growth while healing some very difficult things in the past that I had thought I had overcome but clearly had not. I learned that it was not enough to read about healing and changing one’s life. You had to actually go through the process. The experience was a whole different animal than book knowledge.  I was also thrilled to learn I did not have to become some stuffy, overly anayltical, humorless guy to be a therapist.  Dr. Phil I am not.

As I learned EMDR, and later Somatic Experiencing, that vile numbness, anger, and apathy slowly disappeared.

I decided I also had enough of working in a corporate environment, and was about done working for a boss. I wanted to work on my own terms with the right people. That was in 2010. I never thought I’d do this as a career growing up, nor did I realize how incredible it is to watch a person’s life change for the better before my eyes.

I’ve learned my story is not so uncommon as I had thought. You may have been going and going until one too many bad things happened and you crashed and burned. Talking to a therapist often can have nothing to do with a “mental illness,” more like too many things hit the fan.

If this is you or someone you know call today.